Britt Maren is a Swedish model who is well known for her works in brands like Vogue, Victoria Secret, Nike, and Free People.

Britt Maren, also known as Maren Stavinoha, was born in Sweden, on May 17, 1990. She was not raised there but in Houston, Texas. That is also the place where she first started modeling around the age of 17. Her hair and stare are her most prominent features.

She was born on May 17, 1990, in Sweden. Her birth name is Maren Stavinoha. She is currently 29 years old and her broth sign is Taurus. She has not disclosed much about her parents and siblings.

Talking about Britt’s education history, she has not disclosed any educational institutions names she attended.

She signed with Click management in 2007 and debuted at the spring Benjamin Cho in New York.

After a year, she walked the fall Verrier and Maria Hoffman shows in New York and appeared in Italian editorial, photographed by Massimo Pamparana. In the same year, she signed with Women Management.

Britt Maren made her breakthrough after she appeared in the spring Alexander Wang show in New York. Also, she walked for Marc Jacobs, Michael Kors, and many more.

In 2010, she was featured as a face to watch by Vogue and also appeared in two editorials for Vogue in 2011 and in Chinese Vogue editorial, which was photographed by Camilla Akrans in the same year. 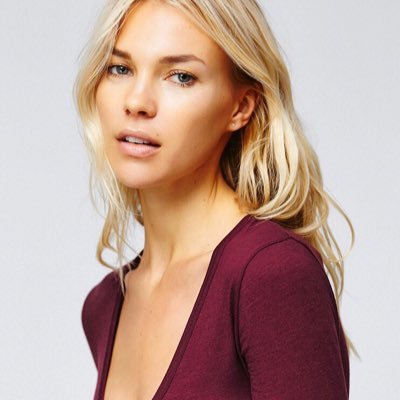 The fashion model must have earned a huge sum of money from her money but she has not disclosed her exact net worth, salary, and income. Being a successful model, she is living a lavish life.

In her personal life, Britt Maren is married to Derek Orrell, who is a professional chef and owns a much-appreciated restaurant. She likes to cook and have dinner at home rather than in a restaurant. However, she prefers to have breakfast out in a few locations from her neighborhood.

She is a big fan of sweets and she loves carrot cake. She actually had a carrot cake at her wedding. In addition, she eats a lot of veggies and exercises by walking extra miles. If she weren’t a model, she would like to become a sports newscaster and to also finish her studies. Britt Maren always chooses coffee over tea and she is an excellent planner. She has planned her wedding by herself. Moreover, she describes herself as organized and strong-willed.

Britt Maren collaborated with Click Management in 2007 before switching to Women Management in 2008. As soon as she changed her modeling agency, she was introduced to Alexander Wang, who used her services at his 2011’s spring show. This was her favorite show and the one that changed the course of her career in modeling as well. Since then, she walked for Lanvin, Balenciaga, Oscar de la Renta, and Chanel. Among her magazine appearances are Italian Amica, Chinese Vogue, Vogue, W, Russian Vogue, Russh, Allure and many others.

Maren is a married woman. However, she has tied the knot with chef Derek Orrell on Oct 4, 2014. Derek is the head chef of The Heyward in Brooklyn, New York. Their engagement took place on Nov 10, 2013. The two reside in Brooklyn with their puggle, Zeus.