Manetti studied acting in Chicago with the Ted Liss Players. His first television role was as a young detective in Jack Webb’s Chase (1973–74). He would go on to play pilot “Bobby Boyle” in Baa Baa Black Sheep (1976–78) with Robert Conrad. He followed this up with a role as a bookie on the short-lived NBC series, The Duke (1979), which also featured Conrad in the title role.

Manetti’s signature role on Magnum, P.I. lasted for the entire eight-year run of the series (1980–88). He also had co-starring roles in 25 feature films and guest starred on many other television shows, including Rockford Files, Emergency!, Tenspeed and Brownshoe, Fantasy Island, Battlestar Galactica, Renegade, Quantum Leap, JAG and Walker, Texas Ranger. Manetti also had a minor role in the 1993 film CIA II: Target Alexa.

It was announced on January 24, 2013, that Manetti had joined CBS’s revived version of Hawaii Five-0 in the recurring role of “Nicky ‘The Kid’ Demarco”. The character is described as “a local lounge legend … [who], back in the day, was mentored by the one and only Frank Sinatra.”

Larry Manetti is a happily married man with his beautiful wife of many years Nancy Decarl. Nancy is a film actress known for her works such as Magnum P.I. Battlestar Galactia (1978), and Death Valley6 Days (1952).

The two walked down the aisle in the presence of their families and relatives on February 19, 1980. It has been 39 years since they exchanged vows but there are no rumors and controversies surrounding their relationship. They are just the right example of how a couple should be.

Nancy and Larry have a child, a son Lorenzo Manetti whom they welcomed on November 29, 1980. Lorenzo followed on the footsteps of their parents and is a film producer.

The Random Acts star is active on social media platforms and has Facebook and Twitter accounts. Although he rarely shares about his personal life and only posts about his works. It seems he ditched his stardom life and prefers to live a secretive life from now on.

Larry Manetti stands at a decent height of 5 feet 7 inches tall. Similarly, his hair color is dark brown which matches very well with his green eyes.

Manetti is the author of the semi-autobiographical Aloha Magnum, based on his time on Magnum P.I. and anecdotes about fellow cast members and celebrities such as Frank Sinatra, Elvis Presley, and Michelle Pfeiffer. He used to host a “Celebrity Brunch” and once owned a restaurant in the Plaza Hotel & Casino, which was owned by his friend D.W. Barrick of Barrick Gaming Corporation.

Larry Manetti is an American actor who has a net worth of $2 million dollars. Born in Chicago, Illinois, Larry Manetti began his professional acting career performing with the Ted List Players in Chicago.

He then made the move to Hollywood, and first made a name for himself, appearing on the television show, “Chase” in the early 70s. He earned more recognition for his work on the show, “Baa Baa Black Sheep” opposite Robert Conrad in the late 70s. After appearing in the short-lived television series, “The Duke”, he became a household name, when he was cast as Orville “Rick” Wright on “Magnum, P.I.”.

He appeared on “Magnum” for the next eight seasons. He has since guest-starred on multiple shows, including “Battlestar Galactica”, “Quantum Leap”, “JAG”, and “Tales from the Darkside”. He also published the book, “Aloha Magnum: Larry Manetti’s Magnum, P.I. Memories” in 1999. He was recently cast in a recurring role on “Hawaii Five-O”. 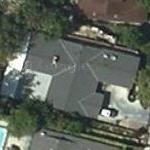 The original Magnum PI starred Tom Selleck as Thomas Magnum, a private investigator who lives in Hawaii. The cast also included John Hillerman, Roger E. Mosley, and Larry Manetti. The show ran on CBS from 1980 to 1988.

From Justin Lin and Peter Lenkov, the Magnum PI reboot pilot will star Hernandez as “Thomas Magnum, a decorated ex-Navy SEAL who, upon returning home from Afghanistan, repurposes his military skills to become a private investigator.”

What do you think? Are you a fan of the original Magnum PI series? Would you watch the reboot?