Paul Murphy is an Irish politician born on 13 April 1983. he served as a member of the European Parliament (MEP) for the Dublin constituency from 2011 to 2014. 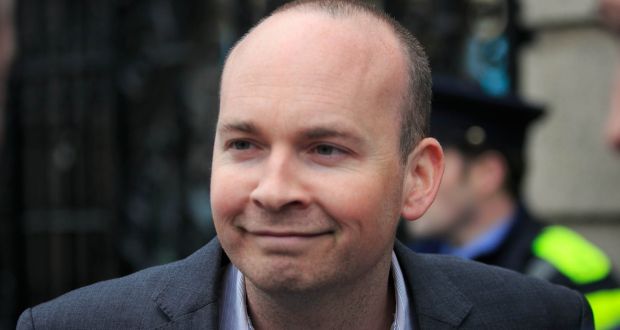 Murphy grew up in Goatstown he attended st.kilian German school in clonskeagh and later the Institute of education on Leeson street.his father, Kieran Murphy, was a senior manager at the Irish division of mars.he studied for the leaving certificate at the Dublin Institute of education, before going on to graduate from university college Dublin with a degree in law in 2004.

Murphy also has worked in the European Parliament, with MEP Joe Higgins as Higgins political advisor. In 2009, he was working on a Ph.D. thesis titled.he has been a member of the socialist party national committee since 2001 and the national executive committee 2010. he unsuccessfully ran for president of the UCD students union.

Murphy replaced Joe Higgins in the European parliament after Higgins was elected to dial eirenn, at the 2011 general election.he was also a full member of South Asia delegation and a substitute on the central Asia delegation. A supporter of the shell to sea campaign, in August 2011, he and others were forcibly removed from a protest by gardai.

In early November 2011, Murphy was reported to be part of another Gaza flotilla describe as a humanitarian mission. Israel forces boarded the ship on 4 November and imprisoned Murphy and all the other activists on board, with one of them saying this was carried out in a violent and dangerous manner.

in June 2013 Murphy traveled to Istanbul turkey, to speak with activists participating in gezi park protests.in 2014 during the campaign, he puts his election posters on display before the official campaign start date, a move which risked fines of up to $150.000. Mary Fitzpatrick who also put up her posters early county council forced him to remove them.

Murphy was elected to Dail Eireann for the anti-austerity alliance, at the 2014 Dublin south-west by-election.his role during a protest against tanaiste Joan Burton, in jobs-ton, Dublin on 15 November 2014, brought criticism from some quarters after Burton car was blocked and she was unable to leave it for over two hours. on 9 February 2015, he was arrested by gardai at his home, in relation to the jobs town protests with other anti-austerity members where he was released without charge that afternoon.

Paul Murphy was served a summons by the gardai on charges of false imprisonment of Joan Burton and her assistant. Murphy and other members defendants including solidarity Councillor Kieran Mahon and Mick Murphy were found not guilty of all charges. afterward, Murphy distanced himself from the action of some protesters but defended the right to peaceful protest.

the estimated of Paul Murphy is at least $20.4 million dollars as of March 2019. he makes $2,114,380 as chairman of the board and chief executive officer at cadence ban-cooperative. the large trade he ever made was selling 275,ooo units of cadence ban-corporation stock on 14 September 2018 worth over 7,537,750.

His two brothers of Paul Murphy have been jail for trying terror attack in the pub using knife just to drink only one beer Antony Murphy and Paul Murphy.